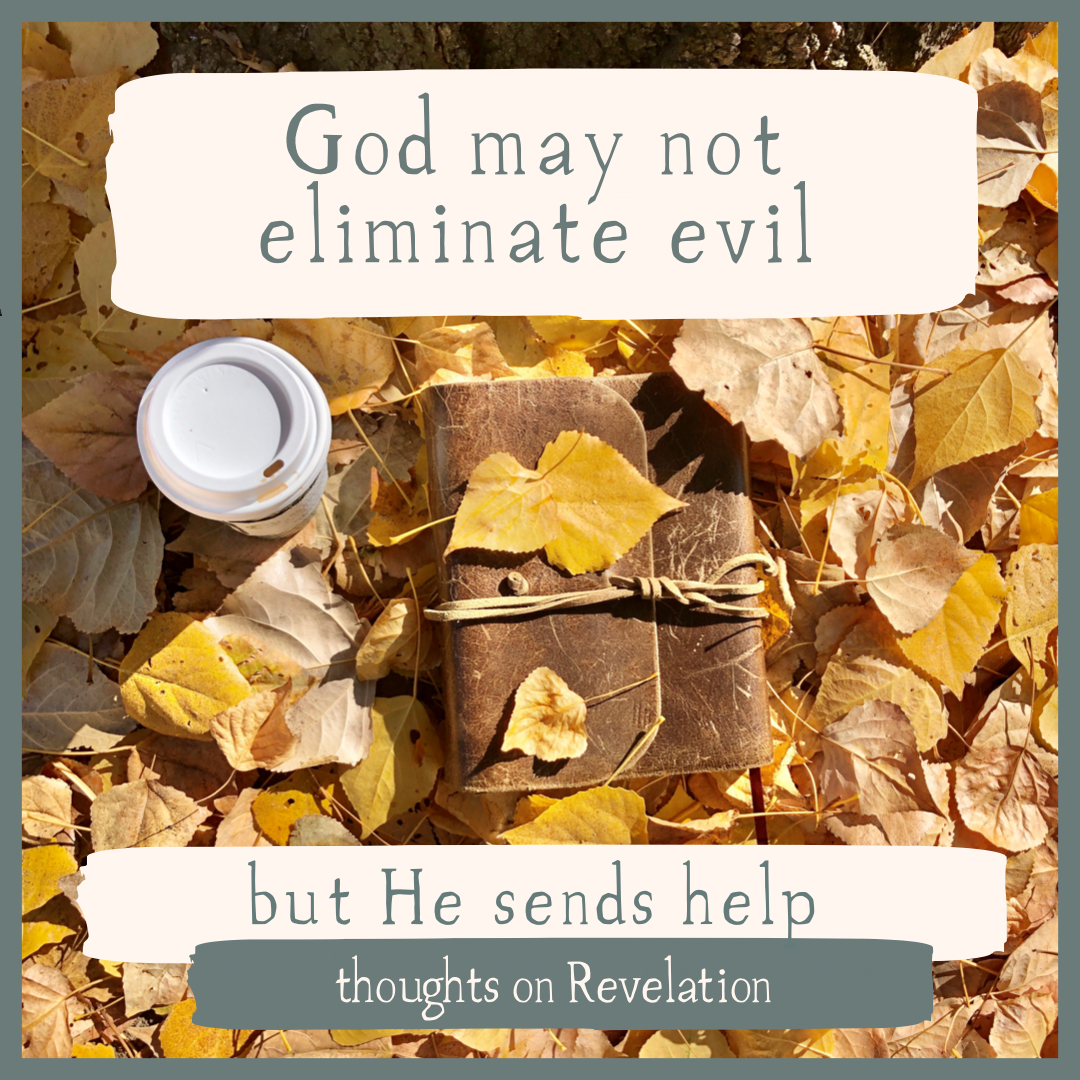 So, here I am: Revelation. I’ve read the final book in the New Testament and met my goal for 2020. It feels wonderful. I feel much more empowered to speak about the New Testament in contrast to the embarrassing way I would try to piece together the scraps of knowledge from reading it piecemeal.

That being said, I have only read the NT through once, so I am nowhere near an expert, but I now have a much fuller picture of what God was doing through these gospels, letters, and accounts.

Though I can’t say Revelation will be my go-to comfort read, I am glad I read it and it holds important truths for our modern lives.

GETTING STARTED WITH REVELATION

To supplement my reading, I have been working through Shanda Fulbright’s study of the seven churches in Revelation, and touching base with the Bible Project’s videos on Revelation (my absolute favorite way to orient myself before a new book of the Bible).

The Bible Project framed the book of Revelation in the most helpful way:

Revelation is an apocalypse (from the greek ἀποκάλυψις) which was a category of literature familiar to the Jewish audience. “Apocalypses recounted a prophet’s symbolic dreams and visions that revealed God’s heavenly perspective on history and current events, so that the present could be viewed in light of history’s final outcome” (Bible Project).

Because the sheer amount of prophetic images given to John were extensive, I am going to focus in on just one part that revealed some of the truth of God to me, the start of Chapter 12.

THE SYMBOL OF THE BIRTHING MOTHER

In John’s vision, when the seventh angel blows his trumpet, “God’s temple in heaven was opened” and the first sign that appears in heaven is this one:

clothed with the sun

with the moon under her feet

and on her head was a crown of twelve stars.

She was pregnant and was crying out in birth pains

and the agony of giving birth.

As someone who went through three labors and births without medication (not trying to sell you on this, by the way), it may not surprise you that the passages that evoked a response in me were those of the birth of the Messiah by the celestial woman.

The woman (whether she represents Mary or a more general prophetic image) is clearly revered and holy because the number twelve (in her crown) is reserved in John’s revelation for the sanctified.

Here is the part that made me feel something resembling strong vulnerability—a feeling of violation perhaps— a feeling beyond anything I have truly felt in my actual life. I wanted to recoil in horror and fight for protection all at once.

And the dragon stood before the woman who was about to give birth, so that when she bore her child he might devour it

Of course the dragon (representing Satan) would come at this point. Yes, he wants to destroy the King of Kings, but he also appears to the woman, this particular symbol of righteousness, at the peak of a trial—in the middle of a good work for the Lord—when her guard is down, and she is in the midst of suffering.

Our enemy doesn’t always come when we are armored up and standing tall for battle. Sometimes he sneaks in when we are curled in the fetal position, riding the waves of pain, feeling desperate for relief.

And this is when God intervenes.

The woman could not have fought the dragon in her condition. So, without much detail, we know that God does not allow the devil to obtain the child:

She gave birth to a male child, one who is to rule all nations with a rod of iron,

but her child was caught up to God and his throne

A war arose in heaven. God sent the angels to battle the dragon on the woman’s behalf while he created a safe place for her.

But the dragon doesn’t let bygones be bygones.

When God’s angels were the victors of the cosmic battle, the dragon was thrown down to earth with his own angels. And what did he do first?

And when the dragon saw that he had been thrown down to earth, he pursued the woman who had given birth to the male child.

He wasted no time in seeking revenge. The woman no longer has the child, but that seems not to matter to the dragon. He is ready to punish her straight out of his anger.

THE HELP MAY NOT BE WHAT WE EXPECT

So here is the part that struck me:

But the woman was given the two wings of a great eagle so that she may fly from the serpent into the wilderness, to the place where she is nourished for a time, and times, and half a time

And help is what I am getting at.

God may not choose to remove the enemy or evil forces from your life, but that does not mean He does not help.

Priscilla Shirer once said “God may not put things in your hand, but he puts them in your reach.”

We need not be passive rag dolls waiting for God to scoop us up— no. We are made in His image. We can take the tools He offers to battle the enemy down here on earth.

And Revelation offers us the truth that God will aid us in this broken, battlefield of a world until Satan will meet his ultimate defeat.

HE SENDS HELP, AND ONE DAY WE WILL NOT NEED IT

One day, there will be a new earth and a new heaven, and the description here should be read with reverence and gratitude:

Then I saw a new heaven and a new earth, for the first heaven and the first earth had passed away, and the sea was no more. And I saw the holy city, new Jerusalem, coming down out of heaven from God, prepared as a bride adorned for her husband. And I heard a loud voice from the throne saying: ‘Behold, the dwelling place of God is with man. He will dwell with them, and they will be his people, and God himself will be with them as their God. He will wipe away every tear from their eyes, and death shall be no more, neither shall there be mourning, nor crying, nor pain anymore for the former things have passed away

No pain, sadness, or tears. No hurt. Just peace and communion with our God.

Read that passage again if you need hope right now. All difficult and sorrowful things will pass away.

We will get to be with God.

2 thoughts on “Thoughts on Revelation: He Sends Wings”