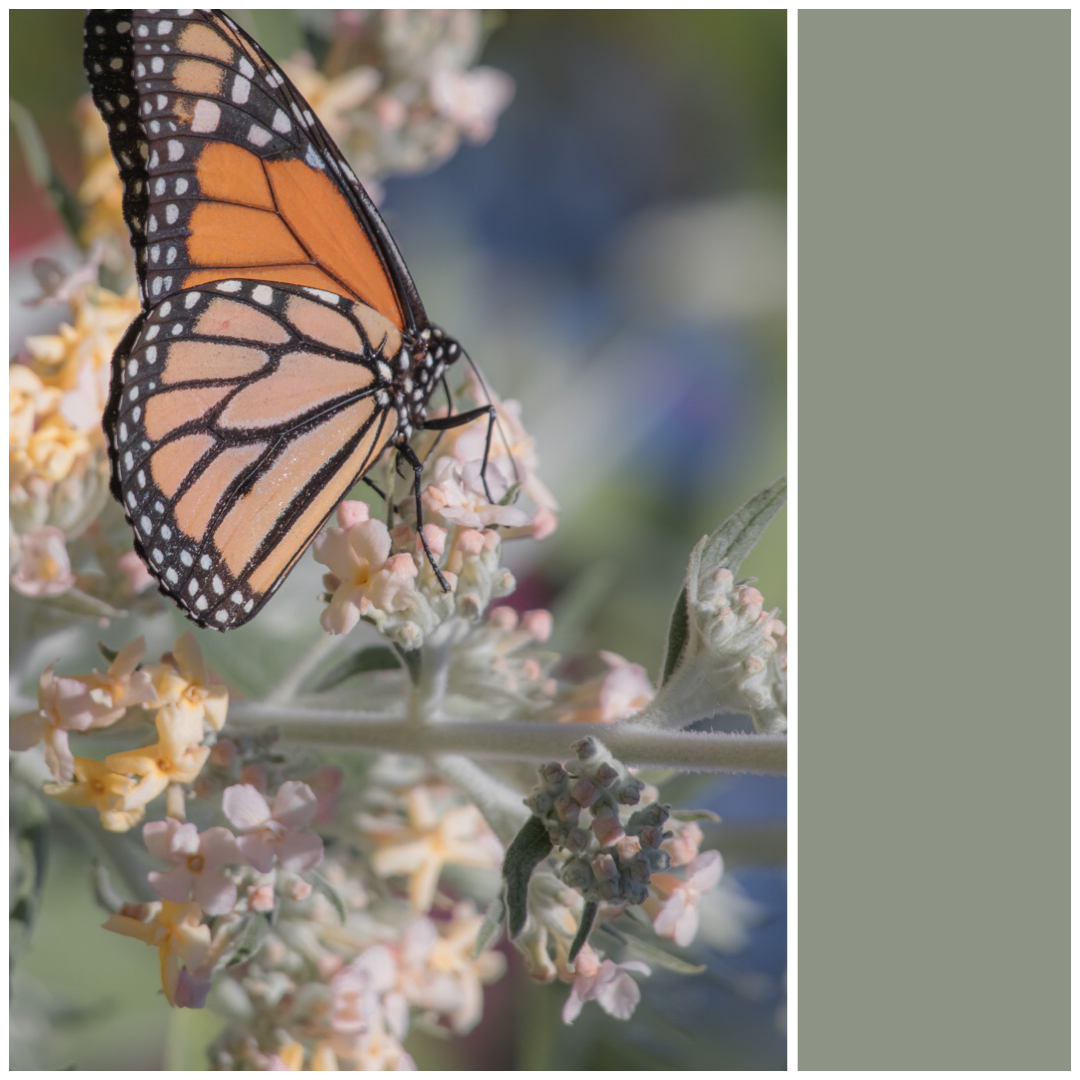 As I mentioned in my Instagram post, I was not terribly familiar with Acts before starting it. I had familiarity with the gospels, but Acts was somewhat of a mystery to me.

And to my surprise, Acts is the most action-packed collection of fantastic (and harrowing) stories of the apostles as they begin to build the Christian church against all odds.

The apostles are repeatedly punished for their proclamations of Jesus as Christ. For instance, Stephen, an apostle whose countenance was like a “face of an angel,” enters into a grand debate with religious officials from surrounding regions and proclaims the truth of the Lord (Acts 6.15, ESV). He is stoned for his actions, and as he dies he cries out “Lord Jesus, receive my spirit… do not hold this sin against them” (Acts 7. 59-60, ESV).

Saul grew into the champion of anti-Jesus initiatives by “ravaging the church, entering house after house, he dragged off men and women and committed them to prison” (8.3, ESV). Can you imagine? The same person who is credited with writing thirteen of our Bible’s books, once was “breathing threats and murder against the disciples of the Lord” (9.1, ESV).

Bound for Damascus to capture and imprison more followers of Christ, Saul receives a message from Jesus:

Saul, Saul, why are you persecuting me?

Saul is on the ground, overwhelmed by the intensity of this message. Jesus asks him to rise and enter Damascus and await further instructions.

So Jesus has given Saul his first direct command: rise. And what does Saul do? Saul obeys. Saul’s rising from the ground is the first act of obedience to the Lord.

But he is instantly struck blind.

So in the very same moment that Saul follows the instruction of the Lord, his eyesight is taken from him.

Is the blindness a punishment? Perhaps an argument could be made as such.

But I would posit that his blindness is the method Jesus uses to transform him into the apostle He needs Saul to be.

His blindness is the method Jesus uses to transform him into the apostle He needs Saul to be.

The cocoon of blindness

For three days, Saul is entirely blind and neither eats nor drinks. After the third day, Jesus calls a disciple named Ananias to lay his hands on Saul and restore his sight:

Go, for he is a chosen instrument of mine to carry my name before the Gentiles and kings and children of Israel. For I will show him how much he must suffer for the sake of my name.

When Ananias lays hands on Saul, “immediately something like scales fell from his eyes, and he regained his sight” (9.18, ESV).

Jesus could have used any method of transformation he wanted, but he chose blindness. Why? How did removing Saul’s sight aid in his transformation?

In removing Saul’s eyesight and appetite, Saul is effectively removed from distractions and a space is created for reflection and preparation.

Though it does not explicitly mention either reflection or preparation in the Bible— consider it for a second. Up until that important moment, Saul has dedicated his life to persecuting Christians, and has now undergone a polarizing change. He now believes and he is obedient.

So the Lord silences all input and allows Saul to just be still with his thoughts for three full days.

If I were Saul, I would be thinking about all of the things I had done wrong. I would be repenting and praying for forgiveness. I would be considering how I could correct my actions. I would be wondering what Jesus had in store for me next. I would be dedicating my heart to Jesus and preparing to follow his guidance.

And just as a cocoon is created around a caterpillar, blocking out everything external so it has the time and space to transform, so Saul emerges from his cocoon a completely different being.

A cocoon of reflection and of preparation.

Containment is a cocoon

And strangely, we all find ourselves in a cocoon of sorts right now, don’t we?

We had gone about our days, perhaps complacently, until the COVID-19 containment changed all of that. Suddenly, we aren’t going to work and the kids aren’t going to school. We don’t go to restaurants or the movies. We can’t even hold large-scale celebrations at the moment.

We are relegated to our most essential spaces, and our daily rhythms are completely changed.

If you have a pulse and an internet connection, you know that our society tended toward online laments and snarky memes to deal with the frustrations of this containment. And don’t get me wrong, misery loves company. I enjoyed some of the memes immensely.

But should we be using this space, this metaphorical cocoon, to reflect on our past practices and prepare for our new lives?

Some of the changes in my house have been so drastic that it is hard not to consider how things were, are, and will be.

Starting the day off right

One of the most welcome changes was abandoning the frantic morning rush out of the door. To get myself to work by 8:45, I had to wake up at about 5:45 to get everyone— myself included— fed, dressed, groomed, and packed up for the day. Three hours of scrambling just for the day to begin.

Now, our mornings are calm. My husband and I have taken to making breakfast for each other. I get to pull a sleepy boy into my lap and inhale his hair scent deeply (moms, you know exactly what I mean by the heavenly hair scent).

I’m not scolding said boy to finish his breakfast more quickly or for-the-love-that-all-is- if your shoes were in your shoe bin, they wouldn’t be missing!

If you were a young child, wouldn’t you want your day to begin with long snuggles with mom?

Having hard conversations the right way

In containment, conflict resolution has taken on a completely different M.O.

My husband and I used to rely on the space that going to work brought to diffuse arguments, and we would often resolve them via apologetic text messages.

Now, we have to look each other in the eyes and say the hard things. And listen to the hard things. These conversations are much less comfortable, but I think we move past them more quickly.

Necessity is the mother of invention

The boys no longer have entertainment already prescribed for them in the park structures or the field trips or the trampoline place. They are learning to traverse the swells of boredom which often flow into the shores of creativity.

Though the battle against the screen is one fit for only the most formidable soldiers, the boys have tapped into their creativity to make fun in the most unlikely of circumstances. They haven taken to imaginary play again. They have created an in-house slip ‘n slide with the old crib mattress, and a chalk-marked obstacle course in the front driveway.

We may in fact emerge from this cocoon with some redemption.

The shedding: what needs to be left behind?

When Saul, now Paul, finally regains his sight, he sheds layers, like fish scales, from his eyes.

This detail should not be missed. In previous accounts of men being restored to sight in the gospel, never once is this detail mentioned.

But Paul, it appears had things he needed to discard.

Things he saw— did—valued—believed— those things needed to be left behind. The butterfly does not need the cocoon after the metamorphosis. The cocoon is a necessary part of the transformation, and then it is no longer useful. The butterfly is ready to soar and leave the cocoon without ever needing to return to it.

So not only is Paul able to see again, but he is seeing through new eyes. Fresh eyes. Pure eyes.

Paul goes on to fight for Jesus with more intensity and passion than he had for condemning His followers. Paul willingly suffered for Jesus’ cause, and was able to reach so many people because of it.

I would venture to say that he could not have been such an apostle without the three days of blindness Jesus gave him to transform. He let go of what needed to go and to prepare for a new way of living.

What should we shed?

When we regain normalcy in America, what do we need to shed?

For me, it will be to determine what tasks must get done and creating time for no tasks to get done. That way, there is room for the kids to be embraced and listened to without being herded like cattle from one activity to the next.

It will be remembering to offer acts of service to my husband like making his coffee or breakfast. Sure, we can all function efficiently if we see to our own needs, but that’s not what enriches a marriage.

I will remind my sons that they don’t need someone else’s version of prescribed fun. Fun can be found with just a little bit of imagination and creativity. And your little brother who annoys you? Maybe he’s not such a bad playmate after all.

COVID-19 was not sent from God. It occurred because we live in a broken world that is not heaven. But maybe containment has some gifts in it.

I also don’t want to overlook those who have suffered significantly from the containment. I recognize that this is an incredibly difficult season for some. There may be some serious rebuilding that will occur for many Americans.

I think Paul would consider his life post-transformation righteous but excruciating. Paul suffered greatly. But so many gifts emerged from his suffering.

Is there a gift in your containment experience? Was there any unexpected beauty forged in this strange and unprecedented cocoon for you? I would love to hear about your gifts in the comments.

5 thoughts on “Thoughts on Acts: How Saul’s Transformation Parallels our Current Containment”