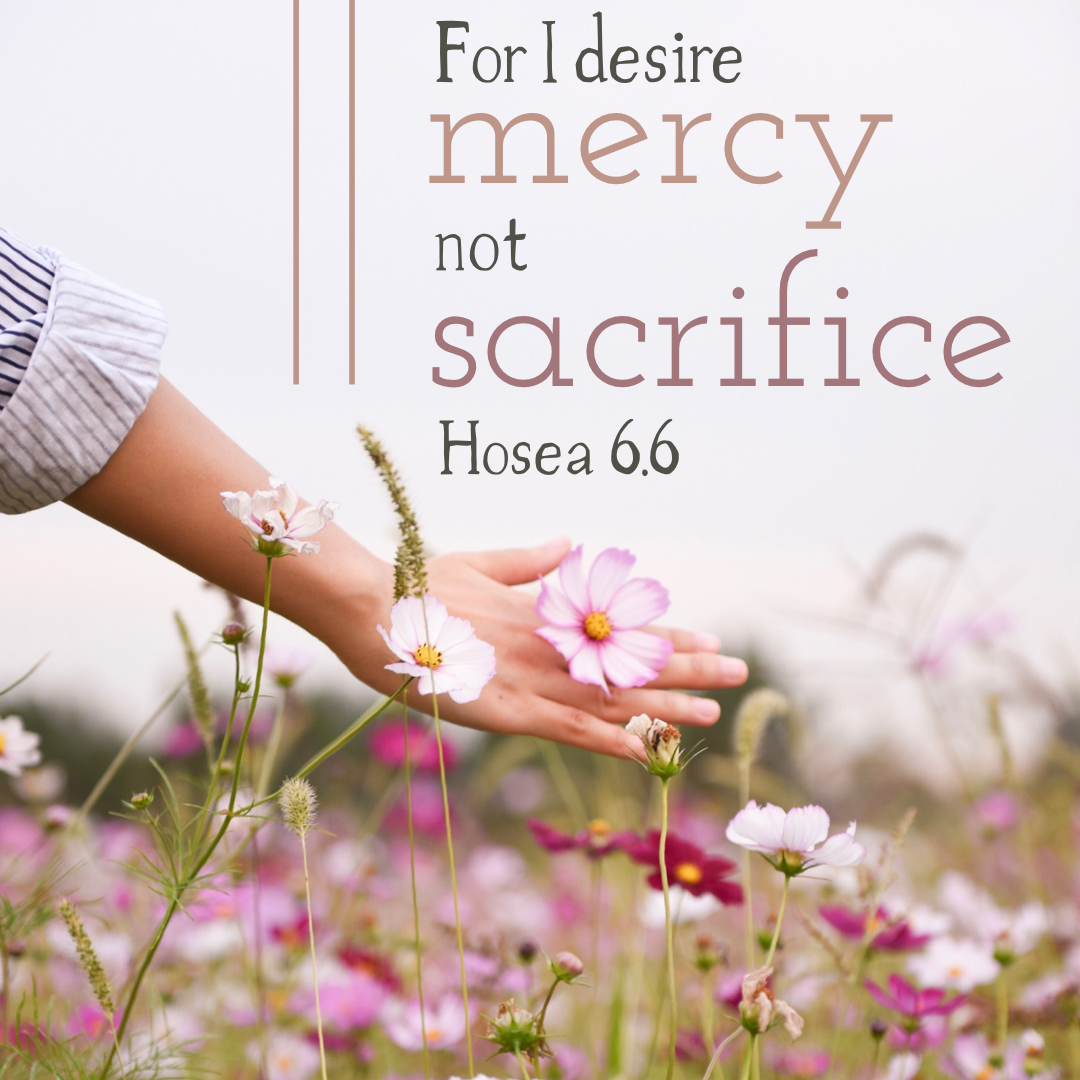 Something that struck me while reading John, which carried over from the previous three accounts of the gospel, was just how much Jesus rebelled from the standard order of things.

I don’t intend for the word rebelled to carry a negative connotation— the things he was rebelling against were not in line with God’s purpose for his people. It is a righteous rebellion.

Nevertheless, Jesus was, without a doubt, civilly disobedient.

Jesus was, without a doubt, civilly disobedient.

He broke laws and side-stepped ordinances, but he was sent by God to save the world through love and sacrifice. And so his “criminal” activity was always a result of God’s will clashing with the law of the land.

In other words, Jesus was able to distinguish between the moral laws of God and the civil and ceremonial rules that were enacted and enforced by man.

To provide a better definition of civil disobedience and moral righteousness, I refer to Martin Luther King, Jr.’s famous letter written to white clergymen from a jail cell in Birmingham. In it, he explains the difference between a just law and an unjust law:

One may well ask, “how can you advocate breaking some laws and obeying others? The answer is found in the fact that there are two types of laws: there are just laws, and there are unjust laws… Now, what is the difference between the two?… A just law is a man-made code that squares with moral law, or the law of God. An unjust law is a code that is out of harmony with the moral law.

So I can urge men to obey the 1954 decision of the Supreme Court [to desegregate schools] because it is morally right, and I can urge them to disobey segregation ordinances because they are morally wrong.

Of course there is nothing new about this kind of civil disobedience. It was seen sublimely in the refusal of Sharach, Meshach, and Abednego to obey the laws of Nebuchadnezzar because a higher moral law was involved. It was practiced superbly by the early Christians, who were willing to face hungry lions and the excruciating pain of chopping blocks before submitting to certain unjust laws of the Roman Empire.

We can never forget that everything Hitler did in Germany was ‘legal’…It was ‘illegal’ to aid and comfort a Jew in Hitler’s Germany. But I am sure that if I had lived in Germany during that time, I would have aided and comforted my Jewish brothers even though it was illegal.

Am I saying the Pharisees were perfectly analogous to Hitler? No. The Pharisees believed they were upholding God’s commandments (albeit misguidedly) and Hitler oversaw the killing of six million Jewish people to serve his own twisted ideals of a perfect Aryan race.

But the point MLK Jr. is making is that laws of the lands are not always rooted in morality, righteousness, or the will of God.

An early point of contention between Jesus and the Pharisees is in their condemnation of Jesus and the disciples for breaking the traditions of the elders.

For instance, in Mark 7, Jesus’ disciples are eating without first washing their hands to which the Pharisees press him for why the disciples do not “walk with the tradition of the elders, but eat with defiled hands?” (7.5, ESV)

Jesus responds by calling them the hypocrites prophesied by Isaiah:

This people honors me with their lips,

but their heart is far from me;

in vain do they worship me,

teaching as doctrines the commandments of men

Jesus goes on to say they “leave the commandment of God and hold to the tradition of men” (Mark 7. 8, ESV).

He cites examples and ends with “thus making void the word of God by your tradition that you have handed down” (Mark 7.13, ESV).

By adhering too tightly to traditions, the Pharisees made void the word of God.

What may have started out as Jewish practices rooted in piousness became detached from the word of God and became about the tradition itself. A person washing or not washing his hands before eating does not have any bearing over his heart for the Lord.

Jesus knew this and was not afraid to show the Pharisees where their practices departed from the true will of God.

The crux of the law-breaking discord between Jesus and the Pharisees often involved the commandment of keeping the Sabbath holy. Jesus healed the afflicted on more than one Sabbath and the Pharisees used this as their main reason for persecuting Jesus.

To provide a little context, the law in question here is the fourth commandment, sent to Moses by God:

Remember the Sabbath and keep it holy. Six days you shall labor, and do all your work, but the seventh day is a Sabbath to the Lord your God

The Pharisees had fallen into a very legalistic sense of that commandment— meaning, they paid less attention to the spirit of the commandment (to set aside a day to rest in God) and enforced the detail of the law in an extreme and, at times, unloving manner.

Take John 5: 5-17, for example; Jesus finds himself at Bethesda, a body of water around which “a multitude of invalids” gathered. It was a colony for the diseased, who were thereby socially outcast.

Jesus found a man who had been an invalid for thirty eight years, and asked the man:

Do you want to be healed?… Get up, take your bed, and walk.’ And at once the man was healed, and he took up his bed and walked…The man went away and told the Jews it was Jesus who had healed him. And this was why the Jews were persecuting Jesus, because he was [healing] on the Sabbath

It seems the lawmakers of Jesus’ day believed they were the ones who determined what was and wasn’t lawful to do on the Sabbath. Jesus points out this hypocrisy in several instances.

The Pharisees condemned Jesus and the disciples for breaking laws, and yet opting for legalism over love breaks the two greatest commandments: to love God and to love each other.

We see this in Luke 14 when Jesus goes to dine at the house of a ruler, a Pharisee, on the Sabbath. Jesus encounters a man who has dropsy (called edema today, characterized by full body swelling).

Jesus heals the man while the lawyers and Pharisees watch with what I imagine to be a deafening silence.

He sends the healed man away, and then says to them:

‘Which of you having a [donkey] or an ox that has fallen into a well on a Sabbath day, will not immediately pull him out?’ And they could not reply to these things.”

Jesus is pointing out their hypocrisy. Certainly the leaders would save their animals if stuck in a ditch, because in that moment they know that it is the right thing to do in the eyes of God.

In true legalistic fashion, the Pharisees viewed these commandments in black and white: if it resembles work, it is absolutely forbidden on the Sabbath and therefore punishable. But again, as Jesus quoted in Isaiah, their hearts are far from the Lord when they punish rule-breakers for making moral and loving choices.

Their hearts are far from the Lord when they punish rule-breakers for making moral and loving choices.

A final passage that helps us understand the spirit of Jesus’ lawbreaking is found in Matthew 12:

At that time Jesus went through the grain fields on the Sabbath. His disciples were hungry and began to pick some heads of grain and eat them. When the Pharisees saw this, they said to him, ‘Look! Your disciples are doing what is unlawful on the Sabbath.’ He answered, ‘Haven’t you read what David did when he and his companions were hungry? He entered the house of God, and he and his companions ate the consecrated bread— which was not lawful for them to do, but only for the priests. Or haven’t you read in the Law that the priests on Sabbath duty in the temple desecrate the Sabbath and yet are innocent? I tell you that something greater than the temple is here. If you had known what these words mean, ‘I desire mercy, not sacrifice,’ you could not have condemned the innocent. For the Son of Man is Lord of the Sabbath.

This passage contains everything this blog post has covered— the hypocrisy of the Pharisees, the legalism they uphold, and their disregard of God’s will as evidenced in his Word.

Jesus is citing Hosea 6.6 here: “For I desire mercy, not sacrifice, and acknowledgement of God rather than burnt offerings” (ESV).

What good are burnt offerings if one’s heart is far from God?

Jesus is asking us to consider the will of God above any laws that seem to subvert that will or his love.

Love over legalism in our world

Years ago, in my early twenties, I remember observing a Kindergarten class during my process of obtaining a substitute teaching credential.

In the morning circle on the carpet, I watched her lean over to whisper to each child that they were loved by God.

This was in a public school— which by definition is secular and must keep any matter of church separate.

She told me at lunch that she could get in trouble for doing this, but it was a risk she was willing to take to ensure those little 5-year-olds knew how much they were loved.

Some rules are meant to be broken.

God’s love is meant to be shared.

One thought on “Thoughts on John: Jesus the Outlaw”